In the first half of this year, in addition to new coronavirus-related drugs and vaccines, biotech investors have enthusiastically sought after exosomes. In June 2020, large pharmaceutical companies, such as Takeda Pharmaceuticals and Eli Lilly, and biotechnology investment institutions have joined the exosome technology investment competition, with a turnover of up to US$2 billion. As a delivery vehicle for novel gene medicine, exosomes have unique characteristics.

Recently, MyBioGate was fortunate to interview Dr. Philip Askenase. Dr. Askenase has quite the resumé: he is the dean of Yale University’s Allergy and Immunology School, one of the discoverers of Lyme disease, a co-founder of Yale University’s AIDS Clinic, a member of the Physician Expert Group, and immunology scholar. Dr. Askenase said that compared with synthetic drug delivery systems, exosomes have superior biochemical properties. The development of related drugs is still in the early stages and commercialization potential for exosomes is huge. The following is selected content from the interview: 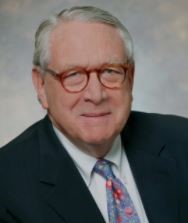 Dr. Askenase: Exosomes have been mentioned in scientific research during the last century, but they have never received such attention as they are now. In the 1970s, when I was a clinician, we found that people who were continuously infected by viruses and fungi had suppressed T-cell immune status, but there was no similar phenomenon in the tests of healthy people. Subsequently, we established guinea pig and mouse models to simulate the symptoms of chronic allergies and found that there were immunosuppressive factors in the plasma during the recovery period.

Over the next 10 years, despite the incomprehensibility of this phenomenon, it became certain that another biological component with antigen specificity participated in the whole process. It was not until 2007 that an article published in Nature Cell Biology on the transfer of exosomes in mRNA and microRNA explained the exchange mechanism of gene information between cells and solved our previous puzzles.

MyBioGate: In your opinion, what are the biological advantages of exosomes? How do these advantages reflect its application in delivering drugs?

Dr. Askenase: For nearly a decade, we have been exploring the characteristics of exosomes. A 2013 study in my laboratory found that there are antibody light chains on the surface of exosomes, which also explains why exosomes are antigen-specific. Of course, we are continuing to confirm this theory. Once confirmed, it may be possible to design exosomes with different targets. For example, a variety of antibodies are modified on the surface to target multiple biomarkers that enhance the effect of targeted drug delivery. Therefore, exosomal technology has the potential to create personalized drug delivery systems based on disease specificity. The future advantages of exosomes in targeted drug delivery are self-evident.

In addition, exosomes can survive the acidic environment of the stomach and, under the action of a variety of digestive enzymes, create unlimited possibilities for the development of oral exosomes. Compared with intravenous injection, oral administration is undoubtedly more patient-friendly, especially in drugs designed for children.

From the perspective of evolution, exosomes emerged in the human body after hundreds of millions of years of evolution, so they have more prominent biocompatibility, and will not easily eliminate drugs in the body due to immune reactions, thus reducing the efficacy of the drugs. There is also better penetration through previous barriers. For example, there have been clinical trials of inhaling exosomes through the blood-brain barrier to treat Alzheimer’s disease. This gives me confidence in the commercial application of exosomes.

We have found in many similar systems where only 10% of exosomes in biological systems have antigen-binding properties, but this 10% has huge potential for commercial value.

MyBioGate: What areas of research on exosomes have not yet been developed? Will these areas become the next breakthrough points?

Dr. Askenase: There is no doubt that cancer exosomes drugs rank first. Research based on the PD-L1 checkpoint suppression mechanism pointed out that cancer cells themselves can also produce exosomes with antigens on the surface to weaken the human immune system’s attack on cancer cells. Therefore, cancer and immune-related exosomes research should be the next breakthrough area.

In addition, the potential use of exosomes produced by bone mesenchymal stem cells to treat spinal cord injury is also endless. I think the repair function of exosomes can be applied to a wider range of diseases, such as various types of damage caused by autoimmune diseases.

I recently read an article using mesenchymal stem cells to treat COVID-19. In fact, according to my personal experience, exosomes are superior to stem cell therapy in animal models, although I know that researchers will continue to study stem cell therapy instead of turning to exosomes. This article also mentioned the therapeutic effect of convalescent plasma on the novel coronavirus. In fact, there are hundreds of billions of exosomes in 500 ml of plasma, far greater than the number of antibodies. As far as I know, the results of plasma treatment in the recovery period are uneven. The large number of exosomes must have played a role in the treatment, but researchers have turned a blind eye to this.

Research on these two aspects has been published in journals, but commercialization has not yet been actualized. So from my personal point of view, although NIH and pharmaceutical companies have great interest in converting exosome technology into pharmaceutical products, investment is only in the embryonic stage. They need to realize that exosomes are scientifically and commercially available.

MyBioGate: Compared with traditional drug formulations and nanoparticles, what are the advantages of exosomes in the choice of loaded drugs?

Dr. Askenase: Exosomes have better compatibility with loaded drugs. First, exosomes themselves can be used as drugs. I learned from a preprint of an article by a famous scholar in the field of immunology that she proposed that antibodies on the surface of exosomes can bind to the virus as an antagonist to achieve the effect of suppressing the virus. If this method is feasible, exosomes can directly replace the stem cell therapies I mentioned before and develop specific antiviral drugs, but this still needs more commercial support. Secondly, exosomes can also be combined with CRISPR gene editing technology to achieve gene editing with the assistance of exosomes, expanding the load of drugs to protein drugs. If exosomes are further modified to achieve specific binding of cell surface antigens, gene editing of specific cells will be achieved in the body, which is of great significance to genetic engineering technology.

Xu Ziyi is an investment analyst at MyBioGate and a PhD student in the Department of Chemistry at Boston University, majoring in chemical biology and drug delivery systems. She is one of the founders of the Boston University Biotechnology Business Club and a member of the Tufts Biotechnology Business Club. She is also active in the pharmaceutical science industry in the Greater Boston area.

Dr. Ginger Ding is the Director of Investment Analysis at MyBioGate, a consultant for the Texas Medical Center and a member of Columbia University Consulting Club. She has worked at the Howard Hughes Medical Institute and MD Anderson Cancer Center. There, she participated in the preclinical research of tumor brain metastasis and received funding from the National Institutes of Health RO1, Susan G. Komen, and Japan’s Dapeng Pharmaceutical.

Exclusive Interview | A Cure for Cancer in a Year, Hype or Fact?

Author: Xu Ziyi Editor: Ginger Ding   At the beginning of 2019, a story initially reported by Jerusalem Post and...