December 1, 2020 is the 33rd “World AIDS Day” with the theme: “Ending the HIV/AIDS Epidemic: Resilience and Impact”. Today we will take a brief look current AIDS treatment drugs, the market, and the progress of research and development in China. 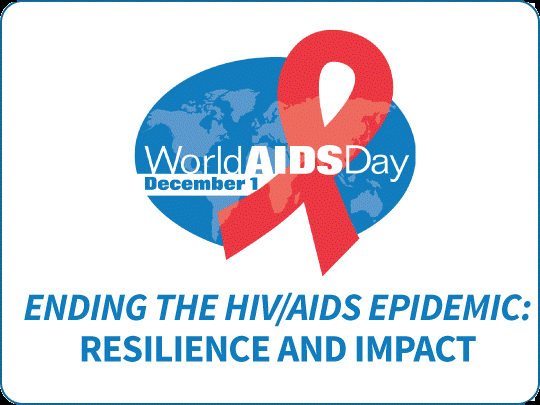 AIDS is a late stage of the HIV infection that occurs when the body’s immune system has already been significantly damaged. A person with a CD4 count of 200 or below is described as having AIDS.

According to the World Health Organization (WHO), at the end of 2019 about 38 million people worldwide were living with HIV. In UNAIDS “Global AIDS Prevention and Control Progress Report 2020” it was reported that 690,000 people died of AIDS-related diseases. There were approximately 1.7 million new infections in 2019. Only 14 countries have achieved the 90-90-90 HIV treatment target; that is, 90% of HIV-infected people are aware of their infection status, 90% of them receive antiretroviral treatment, and 90% of those who receive treatment. The prevention of new HIV infections worldwide is far behind established goals.

At present, there is no effective cure for HIV or AIDS. At present, the prevention and treatment of HIV and AIDS mainly achieves the following goals: reducing the incidence and mortality of HIV, reducing the incidence and mortality of non-AIDS-related diseases, and enable patients to reach a normal life expectancy. Other goals include improving the quality of life, minimizing viral replication, rebuilding or improving immune functions, reducing abnormal immune activation, reducing HIV transmission, and preventing mother-to-child transmission.

Most current clinical use involves three or more drugs in combination (cocktail therapy) is used to treat AIDS. Each drug has a different mechanism of action in the HIV virus replication cycle, so as to avoid resistance to a single drug. This treatment process is known as antiretroviral treatment (ART).

According to the “China AIDS Treatment Guidelines (2018) Version”, HIV treatments are divided into two types: initial treatment and economic treatment. The recommended regimen for newly treated patients is two NRTIs drugs combined with a third category of drugs. The third type of drugs can be NNRTIs or enhanced PIs (including ritonavir or cobirestat) or INSTIs; patients with conditions can choose a single compound formulation.

In terms of regional structure, the North American and Central and Western European markets, at 91%, account for the largest share of the anti-HIV market. In 2018, the anti-HIV drug market in North America and Central and Western Europe reached US$30.97 billion, accounting for 91.2% of the global market. Meanwhile, the market in developing countries accounts for 4.12% of the overall drug market, with a market size of approximately US$1.4 billion. It is estimated that from 2019 to 2023, the drug market in developing countries will grow at a compound annual growth rate of 3.1%. By 2023, the market will reach US$1.57 billion. China’s anti-HIV drug market is relatively small, accounting for only 0.91% in 2018. It is expected that the proportion will increase to 1.6% by 2023.

The global anti-HIV drug market is relatively monopolized. Gilead is the leading company. Meanwhile, Biktarvy’s sales in the first half of 2020 increased significantly to US$3.297 billion, with a growth rate of 72.71%. Gilead has taken a leading position with a variety of oral drugs and has launched blockbuster products in recent years, with an overall market share of more than 50%. The products under research also come from these leading major companies; followed by GlaxoSmithKline, Johnson & Johnson and Merck.

Anti-HIV drugs have been transformed from centralized procurement of free treatment by the state to the combination of government free treatment, medical insurance payment, self-pay market.

Anti-HIV drugs under R&D in China

Anti-HIV drugs in China are dominated by imported drugs and domestic generic drugs, which are still quite different from developed markets such as the United States and Western Europe. The drugs with a high market share are all drugs approved by the FDA in the early 21st century. At present, there are more than 40 domestic companies involved in the anti-HIV generic drug market. Desano, Brilliant Pharmaceuticals in Chengdu, Qilu Pharmaceutical, Anhui Biochem, Northeast Pharm and other companies are the main participants in the generic drug market.

China’s anti-HIV drugs are relatively scarce, and most of the domestic pipeline products under research are in the early clinical stage, with great uncertainty as to their success. Only the cutting-edge biologics of the domestically developed anti-AIDS drugs with brand-new molecular entities have been approved for marketing. Aidea Pharmaceuticals, Fusu Biology, and Real Biology are also deploying in the field of AIDS treatment.

（1）Aiboweitai (Aikening): Aboweitai was developed by Frontier Biopharmaceutical Industry in Nanjing a new chemical entity with a new molecule and long-acting function to inhibit HIV-1, which is a long-acting fusion inhibitor.

（2）ACC007 (NDA): ACC007 was developed by Aidea Pharmaceutical in Jiangsu. It is a new structure non-nucleoside reverse transcriptase inhibitor test. The preliminary clinical trial results are good. Compared with efavirenz, which is commonly used in clinical first-line treatments, it has advantages in safety, patient tolerance and compliance. It has been included in the national 13th Five-Year “Major New Drug Creation” Science and Technology Major Special projects and is striving to be approved for listing before the end of 2020.

（3）Sifuvirtide (Phase II): Sifuvirtide was developed by Fusu Biotechnology in Tianjin. It is an HIV fusion protein gp41 inhibitor, and its structure and mechanism of action are similar to enfuvirtide. In April 2015, the safety and pharmacodynamic clinical phase II clinical trial of sifuvirtide for injection at different dosing intervals completed the first subject enrollment.

（5）Serravino (Phase I): Jointly developed by Shanghai Institute of Materia Medica and Kunming Institute of Zoology, serravino is a CCR5 antagonist. In May 2019, it obtained a clinical trial notice issued by the State Food and Drug Administration, agreeing to carry out clinical trials.

Aikening, independently developed by China’s leading anti-AIDS drug company, was the first innovative drug to treat AIDS in China and the only anti-HIV long-acting injection approved for the market in the Chinese market. It is combined with other antiretroviral drugs and only needs to be injected once a week.

In addition, Frontier Bio is actively exploring clinical trials of combination therapy (“Aikening+3BNC117”). The company’s official website shows that Aikening and broad-spectrum neutralizing antibody 3BNC117 form a full injection, two-drug combination combination therapy. 3BNC117 is a broad-spectrum neutralizing antibody (bNAb) with leading curative effect worldwide. It can not only inhibit HIV virus replication like other anti-AIDS drugs, but also mediate immune responses against HIV and infected cells. The broad-spectrum neutralizing antibody 3BNC117 has a long half-life and acts on the CD4 binding site of gp120 on the HIV virus to prevent the virus from entering the cell. The combined use of Aikening and 3BNC117 aims to use the different antiviral mechanisms of the two molecules to maximize the suppression of different circulating HIV viruses, including drug-resistant viruses.

In recent years, with global attention paid to the prevention and treatment of HIV and AIDS, pharmaceutical R&D companies have invested heavily in the development and commercialization of new anti-HIV drugs. At present, the development direction of global anti-HIV drugs mainly revolves around the long-acting properties of anti-HIV drugs, the in-depth research and development of AIDS immunotherapy and AIDS prevention drugs. As drugs with more advanced mechanisms of action, better efficacy, better safety, and better medication compliance are gradually successfully developed and marketed, it is expected that the global anti-HIV drug market will continue to grow at a faster rate in the future.

【1】Official website of Chinese Center for Disease Control and Prevention

CDK4/6 inhibitor for small cell lung cancer is launched in the U.S., Simcere has development rights in Greater China

Author: HE Sheng   In China, licensing in has become a key link in the new drug research and development industry...