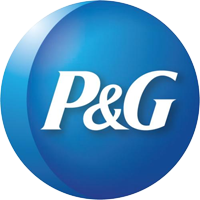 Deputy Chief Engineer/Professor, P&G Co Research Institute in the US

In 1987 CHEN Haiping received his bachelor’s degree from the Peking University School of Economics. In 1994 he received his master’s at Lingnan College, Sun Yat-sen University. From 1994 to 2002 he was at China Nonferrous Metals Industry Corporation  and in 2004 he received his Ph.D. from St. Leo University in the US. Ever since 2005 he’s been working at P&G Co Research Institute as the deputy chief engineer.