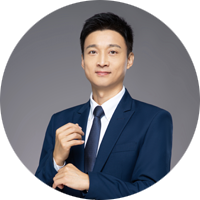 In 1989, ZHU Jun was admitted to the Department of Chemistry, Heilongjiang University, majoring in organic chemical engineering. In 1993 he was admitted to Harbin Institute of Technology, majoring in composite materials (Chairman of the Student Union of the Faculty of Science) In 1996, he was admitted to Zhejiang University for his Ph.D. Came to the United States in 2000 to study for a master’s degree in computer engineering at San Jose State University. He started working in 2001 in the R&D department of graphics chips at Trident Microsystem. From 2006 to 2008 he was a Sigmatel Staff Engineer and from 2008 to 2010 he worked at PLX Tech. From 2010 to 2011, engaged in hardware simulation and video chip research and development at Intel. From 2011 to 2016, he worked on memory controller architecture at Intel (3DX point). He has six patents under his name and from April to November 2017 he worked as a senior consultant at the American Research Institute of Huawei Silicon Valley. In June of 2016 he started a business.