Jiangsu Hengrui Pharmaceutical Co., Ltd. is a medical and health enterprise engaged in medical innovation and high-quality drug R&D, production, and promotion. It was listed on the Shanghai Stock Exchange in 2000. Hengrui is a well-known supply of anti-tumor drugs, surgical drugs, and contrast agents in China. It has a China Targeted Drug Engineering Technology Research Center and a post-doctoral research station.

In the practice of market competition, Hengrui Medicine insists on taking innovation as the driving force to build its core competitiveness. In recent years, the company has invested about 15% of its sales in R&D funds. In 2019, it supported RMB 3.9 billion in research and development funds, accounting for 16.7% of sales revenue. The company has established R&D centers or branches in the United States, Europe, Japan, and China. It has built an R&D team of more than 3,400 people, including more than 2,000 people with doctorates and master’s degrees, and more than 200 returnees. In recent years, the company has undertaken 44 major national special projects, and six innovative drugs have been approved for marketing. Meanwhile, a batch of innovative drugs is under clinical development, while others are in clinical trials in the United States. The company has applied for 894 domestic invention patents, has 201 valid domestic invention patents, and 286 foreign authorized patents in Europe, America, and Japan.

Hengrui’s market shares of anti-tumor drugs, surgical anesthetics, specialty infusions, and contrast agents are among the best in the domestic Chinese market. The company has 19 preparation products such as injections, oral preparations, and inhalation anesthetics on the market in Europe, America, and Japan, realizing a large-scale sale of injections produced in China in those same countries.

In recent years, the company has actively expanded overseas markets. In 2019, Hengrui introduced VT-1161, a patented lead compound for anti-fungal infections from Mycovia in the United States. That same year they introduced CyclASol and NOV03, the drugs used by Novaliq in Germany to treat dry eye. They obtained the above-mentioned innovative drugs in China by clinical development, production and marketing exclusive rights within. Hengrui and its subsidiary Shanghai Hongchuang Medical Technology Co., Ltd. acquired part of the equity of Princeps Therapeutics, Inc. of the United States, a biotechnology enterprise that develops new drugs for cancer, autoimmune and neurodegenerative diseases based on protein degradation. In 2020, Hengrui/Hongchuang acquired part of the equity of Ribogenics and entered the field of RNA splicing technology. 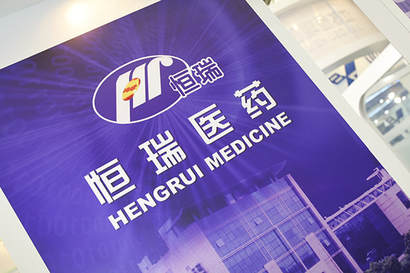