For many parents, there is an image of their child in their mind. This child is one who runs carefree, their youth and exuberance frozen in their parents’ memories. For some parents, this sort of happy memory is one that they hold even closer, to stave off the feelings of powerlessness as they watch a disease slowly overcome their child.

In the 21st century, many innovative drugs have entered the market at an unprecedented speed. However, there are only four drugs so far that specifically target children’s oncology.

Data from the World Health Organization shows that approximately 300,000 children and adolescents between the ages of 0 and 9 years are diagnosed with cancer each year. Children with cancer in low- and middle-income countries are four times more likely to die of the disease than children in high-income countries. This is because their illnesses are not diagnosed, they are often forced to abandon treatment due to high costs, and the health professionals entrusted with their care lack specialized training.

Drugs to treat tumors in children, a field that has not had the same amount of attention paid as other forms of medicine to treat cancer, have the potential to positively impact hundreds of thousands of families each year.

Today we are fortunate to interview Dr. Cesare Spadoni. He will bring us closer to the world of children’s oncology drugs as he tells us his drive for bettering the lives of all children.

Joining the business world to find a cure 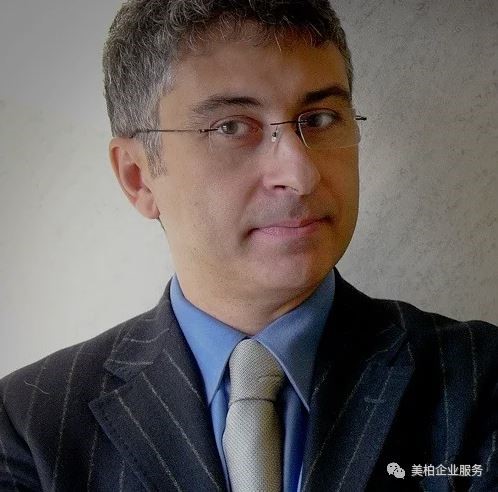 Dr. Spadoni said: “I still clearly remember the moment when I heard the diagnosis on April 20, 2005. My dear daughter, Laura, was diagnosed with a terminal neuroendocrine tumor. Because of the lack of effective treatment drugs, she went through difficult and painful chemotherapy. After three rounds of surgery, Laura passed away a year later because of ineffective treatment.”

After losing his beloved daughter, a seed took root in Dr Spadoni’s heart, waiting to reach its potential. That happened when he met Ricardo.

“In 2012, I founded a non-profit organization in London, the aPODD Foundation (aPODD is the abbreviation of “Accelerated Childhood Oncology Drug Development”), which uses the strategy of “new use of old medicine” to promote the research and drug development of oncology drugs for children. In 2013, fate permitted me to meet another founder, one of the Children’s Cancer Foundation, Ricardo Garcia. Ricardo and I shared a similar experience; his son was diagnosed with a high-risk neural tumor in 2011. Although cell tumors have saved lives through surgery and drug treatment, children must still recover from the side effects.”

These two fathers jointly established Oncoheroes in Boston in 2017, the world’s first and only company focusing on the development of children’s oncology drugs.

The highly-funded cancer areas that mainstream pharmaceutical companies focus on, such as breast cancer, prostate cancer and lung cancer, are not common in children. To treat children’s tumors, doctors have has used existing drugs for adults. Overall, this has improved children’s treatment and survival rate, but for certain forms of tumor, there is still no significant effect, such as with brain cancer.

During three years of exploration, the Spadoni team encountered many challenges. Dr. Spadoni mentioned: “The number of children suffering from cancer is relatively small compared with adults, and the rate of return is lower. Pharmaceutical companies are more inclined to develop adult drugs. Compared with adults, the development of children’s tumor drugs needs to take into account the few gene mutations, unobtrusive targets, low immunotherapy response, and long-term side effects.”

Fortunately, there have been some gradual changes.

Now as many as 50% of children with cancer in the United States are participating in some clinical trials, far more than 1% of adults. Because they’re under the orphan drug category, clinical trials can recruit a small number of patients, and only need to achieve clinical phase II to be approved for marketing with an accelerated approval window.

Finding a New Use for Old Medicine

In 2019, Oncoheroes and the German pharmaceutical company Boehringer Ingelheim signed a license agreement to introduce Volasertib, a PLK1 inhibitor, with exclusive authorization for R&D and global sales. Volasertib was originally used for the treatment of adult leukemia but was shelved because of unsatisfactory clinical Phase III results. The pharmaceutical company stopped a more comprehensive exploration of this drug due to their cost benefit analysis.

However, further research proved that Volasertib has sufficient scientific data on rhabdomyosarcoma and several other indications for childhood tumors, and it soon became a strong drug candidate for Oncoheroes after authorization. 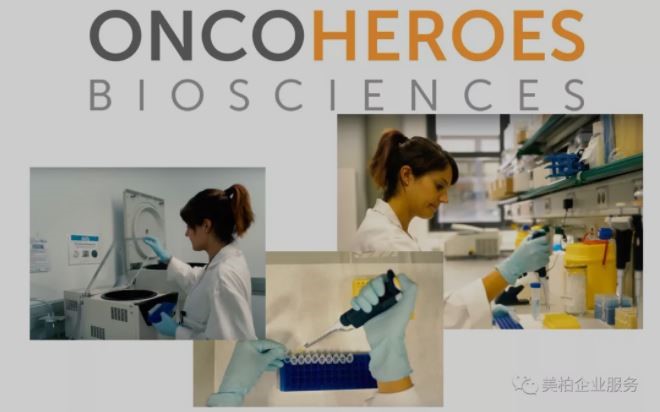 Dr. Spadoni said excitedly: “This was the opportunity we were looking for, so that those children who have great potential but are forced to give up because of profit-seeking will be given another chance. Thus, we can reach patients faster. Of course, we will develop a project from scratch. Further developing childhood cancer drugs is our longer-term goal.”

Dr. Spadoni said: “I founded Oncoheroes to combine the mission drive of the foundation with the profit drive of the biotech company, so that we can establish a new business model to bring benefits to patients. We hope that the company will grow. It is sustainable and attracts more investors through the profits created.” 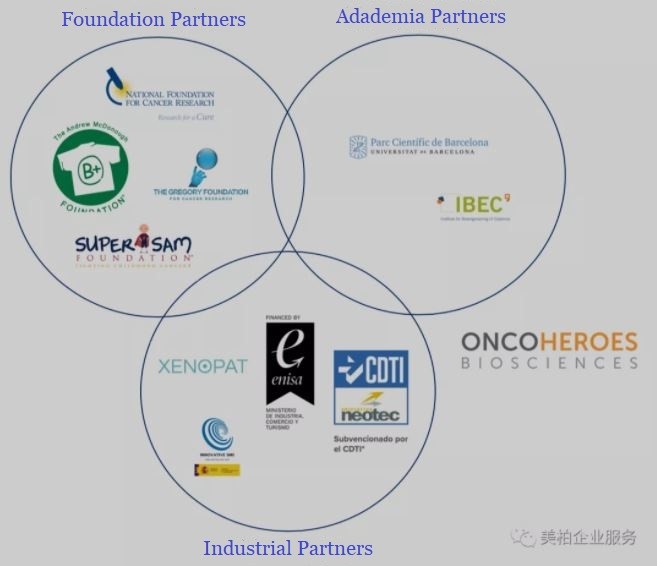 Foundations are often limited to fundraising and supporting scientific research in academia, and most new drugs are developed by biotech companies. Non-profit cancer foundations’ support for biotechnology companies can achieve a “win-win”, which not only achieves the foundation’s mission to expand the field of cancer research, but also enables biotechnology companies to develop new drugs in specific fields. The profits from listing new drugs can also be returned to the foundation as a return on investment to further support the operation of the foundation. Science and business are not delayed, and a positive cycle is realized.

The most successful example is the collaboration model between the Cystic Fibrosis Foundation and the emerging biotechnology company Vertex. Before the collaboration, there was no specific medicine for cystic fibrosis. In 2012, Vertex was the first innovative drug approved by the FDA for this type of indication, achieving a “zero” breakthrough in this market. In return, the foundation received US$3.3 billion in royalties to help patients receive treatment and to deepen related research.

“We hope that the same collaboration model will enable new breakthroughs in the field of children’s oncology drugs, just like Oncoheroes and aPODD and other foundations have done.”

Three years later, the goal to be “superheroes” for children with cancer is not far! 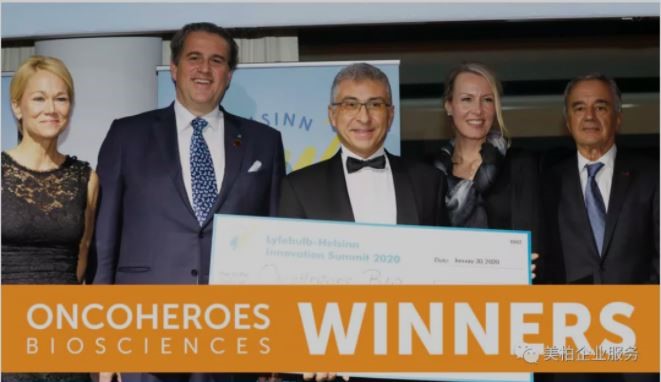 Oncoheroes, as the first biotechnology company focusing on the field of children’s oncology drugs, received 1.1 million US dollars from the “Dreamer Startup Fund” in February this year. It has raised a total of US$5 million to continue to promote the company’s first drug candidate, Volasertib Development in clinical trials (current clinical phase I).

Dr. Spadoni believes that “The speed of drug research and development is all about efficiency! Now we have candidate drugs ready to officially start clinical research in 2021. Because of “finding a new use for old drugs” we have gathered a lot of clinical data and can directly enter the clinical one/two phase. It takes one and a half years for each stage. If the clinical data is satisfactory, our company’s first approved drug will be available within three years. Of course, if these drugs can be licensed to larger pharmaceutical companies, the speed of entering the market will be faster”.

Dr. Spadoni mentioned that Oncoheroes is a pharmaceutical company with a global vision. Its drug development center is located in Barcelona, Spain; its drug registration office is headquartered in London, England; its chief scientific office is located in Brussels, Belgium; and its headquarters is located in Boston in the US. They are also collaborating with Chinese companies to jointly complete the mission of “bringing new drugs to the children’s tumor drug market”.

Xu Ziyi is an investment analyst at MyBioGate and PhD student in the Department of Chemistry at Boston University, majoring in chemical biology and drug delivery systems. She is one of the founders of the Boston University Biotechnology Business Club, a member of the Tufts Biotechnology Business Club, and active in the pharmaceutical science industry in the Greater Boston area.

Author: Xu Ziyi Editor: Ginger Ding   In the first half of this year, in addition to new coronavirus-related...