Can CD47 successfully become a star target in the post-PD-(L)1 era?

On September 4, 2020, I-Mab Biopharma announced a collaboration with AbbVie on the global development and commercialization of CD47 monoclonal antibody TJC4. The US$2.9 billion collaboration signifies the largest out-licensing in the history of Chinese biotech companies.

Less than a week later, on September 8, another CD47 company, Trillium Therapeutics, announced the sale of 2,297,794 common shares to Pfizer at a price of $10.88 per share, totaling $25 million. That same day, the Hong Kong Stock Exchange announced that SciClone Pharmaceuticals had submitted the IPO application. SciClone Pharmaceuticals had introduced RRx-001, a small molecule immunotherapy targeting CD47-SIRPα, from EpicentRx in July this year for US$120 million.

At present, more than 30 companies are developing drugs against CD47 or its ligand SIRPα, including monoclonal antibodies, bispecific antibodies, fusion proteins, and small molecules. More than 20 of them have entered the clinical research stage. From the perspective of the geographical distribution of CD47 projects, China has become the most competitive arena in the post-PD-1 era. 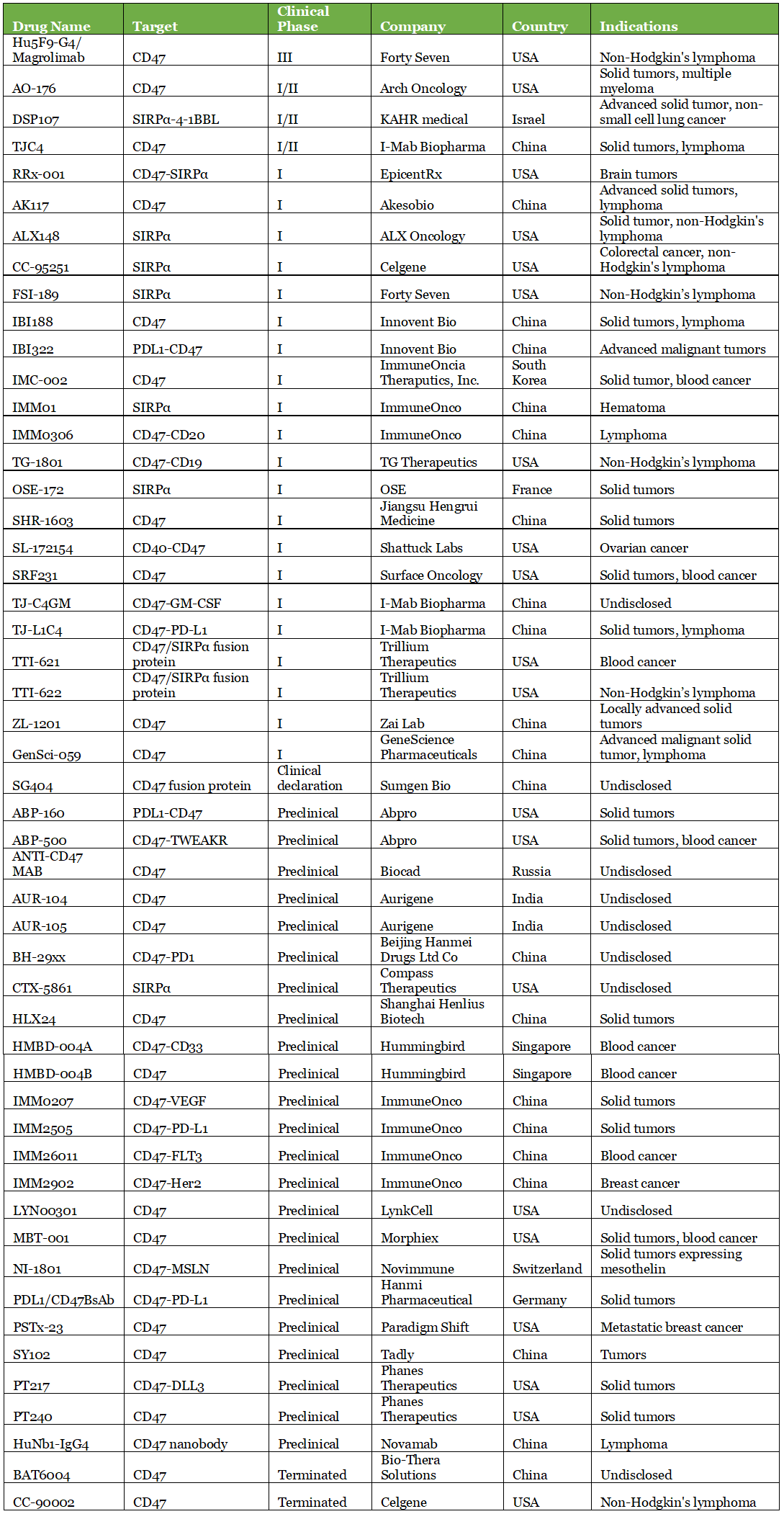 In fact, there are endless opportunities for CD47 projects around the world. In March of this year, Gilead acquired Forty Seven, a company that specializes in CD47 antibodies, for US$4.9 billion. Investment analysts also predict that Trillium Therapeutics is the next to be acquired. Pfizer might be one of the prospective buyers.

Although there has frequently been good news about CD47 projects in 2020, reviewing development history has not all been smooth sailing: From 2017 to 2018 due to toxic side effects, Tioma Therapeutics (later renamed Arch Oncology) and Celgene (CC-90002) terminated all CD47 monoclonal antibody clinical trial tests.

Will CD47 become the next hot target for immunotherapy after PD(L)1? What are the differentiated advantages of the products under development? How to avoid the failed tragetory of Celegen’s CD47 monoclonal antibody? What are the challenges and opportunities for the commercialization of CD47 antibodies? This article will discuss the above issues.

CD47 is a glycoprotein that was first identified as a tumor antigen of human ovarian cancer in the 1980s. It was later found to be overexpressed in a variety of tumors, and its expression level was related to the prognosis of tumors. After CD47 binds to the receptor SIRPɑ on the surface of macrophages, it will release a “don’t eat me” signal to help cancer cells shield the innate immune system and induce immune suppression. 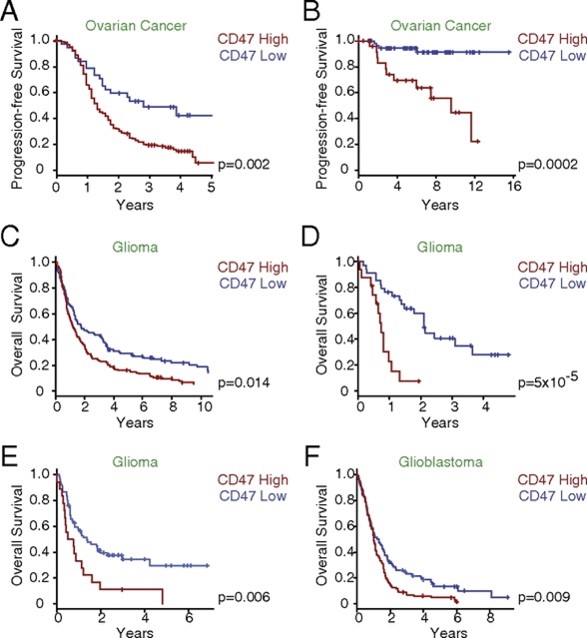 Using specific antibodies and other drugs to block the CD47/SIRPα signaling pathway can restore the phagocytosis of tumor cells by macrophages and suppress the “don’t eat me” signal. Based on this discovery, in recent years, CD47 has been regarded by the industry as one of the most important targets in the field of immunotherapy in the post-PD-(L)1 era.

“We think CD47 is the most promising next-generation immuno checkpoint besides PD-(L)1.”

Therapies targeting the CD47-SIRPα signaling pathway have a variety of mechanisms of action, including[1]: 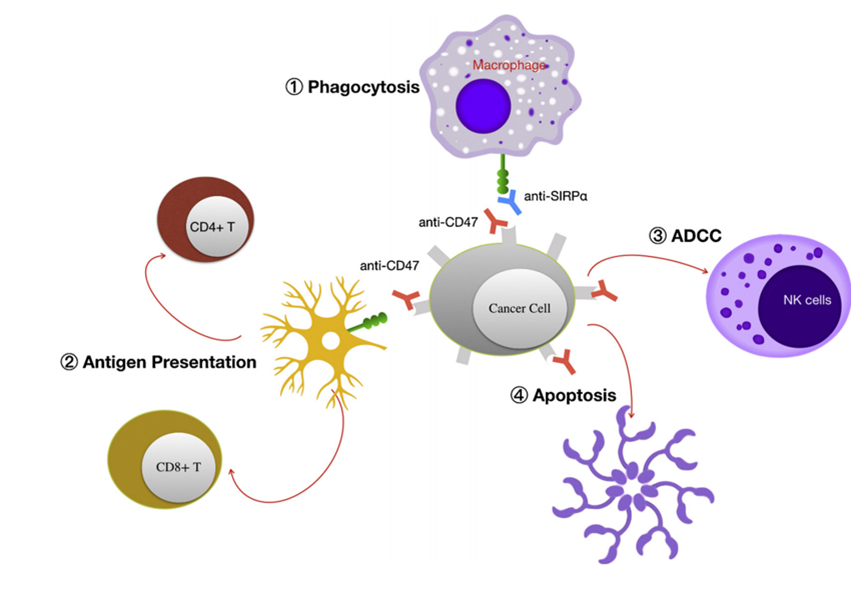 How to effectively avoid off-target effects?

Given the ubiquitous expression of CD47, potential problems with anti-CD47 therapy include off-target effects. For example, CD47 is widely expressed on the surface of red blood cells to protect itself from phagocytosis. This means that while CD47 drugs target and kill tumor cells, they will likely also injure red blood cells.

Severe anemia is the main obstacle to the clinical development of CD47 antibody drugs. At least two projects have been terminated because of the decline in the number of red blood cells and platelets of grade 3 and above in early clinical trials, including Celgene’s CC-90002 .

The above situation is very common in the development of innovative drugs. Efficacy and safety issues are solved through experiences of the first-generation drug molecules and multiple rounds of trying-out second-generation products. The new generation of CD47 antibodies proposes solutions from four perspectives:

Beginning in 2017, I-Mab Biopharma began the development of CD47 antibodies. Using human antibody libraries and phage display technology, they took a new path through reverse screening and finally obtained CD47 monoclonal antibody TJC4 that does not bind to red blood cells and has anti-tumor activity. Unlike other CD47 antibodies, TJC4 can recognize a unique CD47 epitope, which cannot be fully exposed due to glycosylation modification on red blood cells, resulting in weak binding of TJC4 to red blood cells.

The preliminary results of the Phase I TJC4 clinical study in the United States show that it has a differentiated advantage in terms of safety and better pharmacokinetic characteristics with a single injection of TJC4 is administered from 1 mg/kg to 30; no dose-limiting toxicity or serious hematological adverse events were observed in patients. 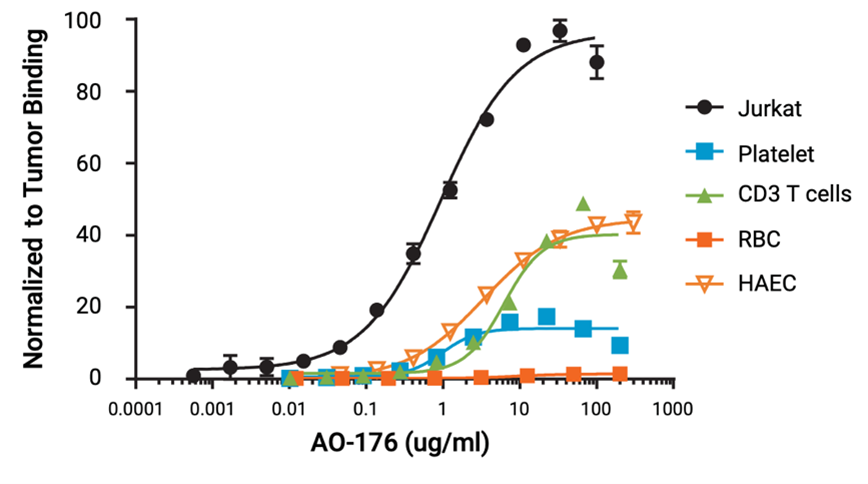 Irving Weissman, one of the founders of Forty Seven, discovered the mechanism of CD47. Forty Seven’s Hu5F9-G4 uses an improved dosing strategy in its clinical design. First, the patient is given a 1 mg/kg priming dose to trigger the elimination of aging red blood cells in the body. Although it will cause temporary mild anemia, at the same time it can stimulate the maturation and differentiation of reticulocytes to produce fresh young red blood cells.

These new red blood cells express a low “eat me” signal on the surface and are less sensitive to CD47 antibody-mediated phagocytosis. Thus, they can withstand the subsequent higher therapeutic dose of Hu5F9 30 mg/kg and achieve sufficient CD47 receptor occupancy and have an anti-tumor effect.

TTI-621 is an antibody fusion protein composed of the N-terminal V domain of human SIRPα and the Fc region of human IgG1. It has been engineered to minimize the binding to human red blood cells, thereby minimizing the risk of anemia. It can be administered at low therapeutic doses while still maintaining sufficient receptor binding. 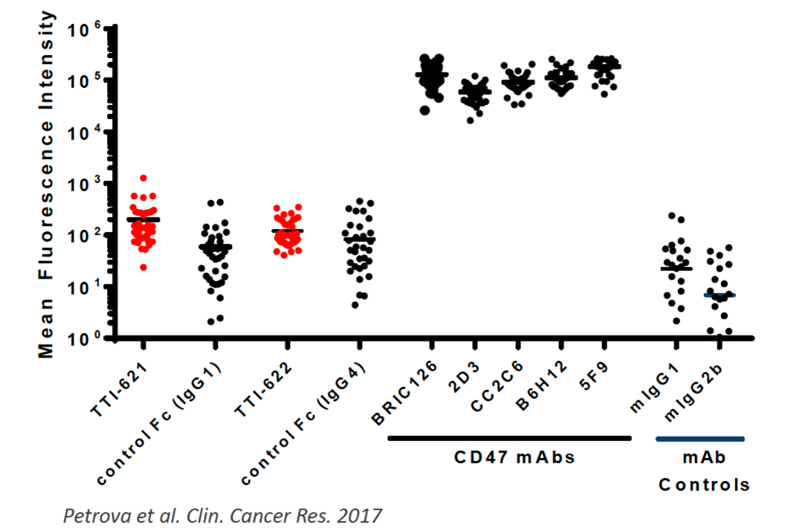 It is worth noting that significant dose-limiting thrombocytopenia was observed when TTI-621 was administered to patients, which may be related to the use of activated IgG1. Trillium Therapeutics’ other CD47 inhibitor TTI-622 is conjugated to IgG4, which is weaker in binding to Fc receptors on immune cells, which also enhances the protection of CD47-expressing non-tumor cells.

Nanobodies are a new type of single domain antibody fragments derived from naturally occurring heavy chain IgG antibodies. Due to their small size (about 12 kDa), high affinity and high stability, they are considered an ideal candidate for the development of new antibody.

In order to reduce the adverse effects of blocking the CD47-SIRPα interaction, Novamab is developing a CD47 nanobody HuNb1-IgG4 with low affinity to red blood cells.

Preclinical trials have shown that HuNb1-IgG4 enhances macrophage-mediated phagocytosis and shows strong anti-tumor activity in vivo. More importantly, in a test on monkeys, HuNb1-IgG4 did not cause platelet aggregation (Figure 8), showing high safety. In order to further improve the safety and effectiveness of HuNb1-IgG4, Novamab has also established an anti-CD47/CD20 bispecific antibody composed of HuNb1 and rituximab.

Combination therapy strategies
With reference to the development track of PD-(L)1, the combination of CD47 antibodies will undoubtedly be the next research focus.
In fact, a clinical trial of Hu5F9-G4 combined with azacitidine has been mentioned above. When AbbVie introduced TJC4, they also mentioned that they would consider BCL-2 inhibitor (Venclexta) as a potential drug candidate for the pairing.
In terms of scientific rationality, which strategies are solid? 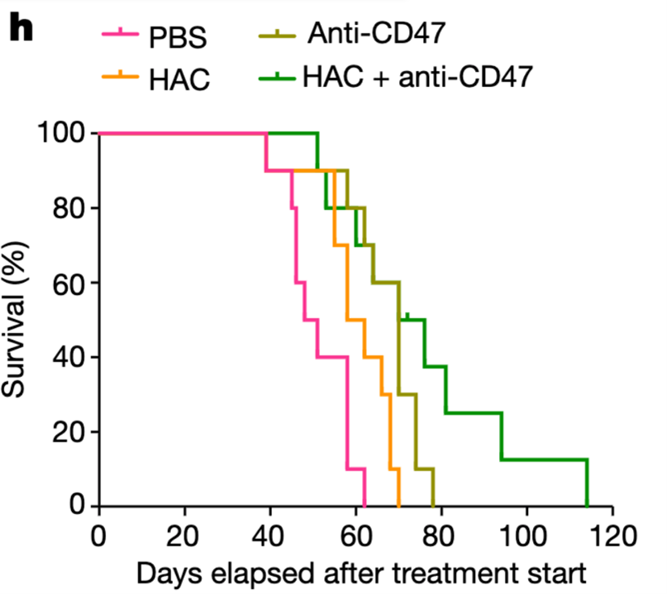 It can be seen from table 1 that among the 19 bispecific antibodies, the combination with PD-(L)1 is the the most selected. Existing clinical trials have also carried out the exploration of CD47 antibodies and PD(L)1, such as NCT03922477 and NCT02518958.

The purpose of the NCT02518958 clinical trial is to determine the safety and afficacy of RRx-001 (CD47 antibody) and nivolumab. The objective response rate at week 12 was 25%, and the disease control rate was 67%. 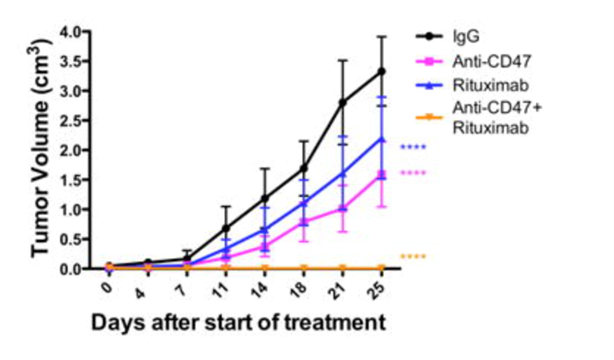 Other challenges and opportunities

Biomarkers: Judging from the development experience of PD-(L)1 inhibitors, biomarkers play a key role in precision treatment and also play an important role in the optimization of patient recruitment in clinical trials

Dr. Ginger is the Director of Investment Analysis at MyBioGate and an advisor for the Texas Medical Center and Columbia University Consulting Club. She has worked at the Howard Hughes Medical Institute and MD Anderson Cancer Center. During the period, she participated in the preclinical research of tumor brain metastasis which received funding from the National Institutes of Health RO1, Susan G. Komen, and Japan’s Taiho Pharmaceutical.

Chen Lixing is an investment analyst at MyBioGate. He has a double master’s degree from KGI Graduate School and Drucker School of Management. As a graduate consultant, he provided strategic consulting services for Samumed and SomaLogic.